What Are Shrink Wrapping Films?

Shrink wrap film is a material usually made from a polymer plastic film that shrinks tightly over the object it covers when heated. Lightweight films are commonly used in many types of packaging such as cartons, boxes and pallets. This is usually done using a heat shrink machine or other specialized equipment. You'll also see it covering beverage cans at your grocery store. This is also used to cover perishable items such as meat, cheese and vegetables. Some manufacturers also use it to cover plants. Many companies will work with a single supplier for all of their shrink wrap supplies and other needs.
Industry typically uses heavier films to cover large factory equipment, construction scaffolding (such as on bridges and buildings), and temporary shrink wrap for storage and commercial operations. This type of film is also used to wrap boats, helicopters and other vehicles. This versatile material can be used for anything from environmental containment (to facilitate the safe removal of certain hazards) to wrapping roofs after natural disasters.
When heat is applied, the material shrinks tightly. Apply it to the item using a roll designed for shrink wrap, then use a heat gun, oven or shrink tunnel to shrink the film.
• Heat Gun - A device used to emit a stream of hot air, similar in shape and construction to a hair dryer, but usually operating at higher temperatures.
• Oven - This one is self-explanatory as the same principles that apply to home ovens also apply to ovens used on shrink wrap. Insulated chamber for heating, baking or drying.
• Shrink Tunnel - A heated tunnel installed above or around the conveyor belt. Then pass through the film to achieve the desired effect.
This can shrink in one or both directions. When manufactured, the film is stretched while warm and then cooled to keep it in a stretched position until it is applied to an item and heated again. This process allows the film to shrink to its original size, tightly wrapping or containing your items.
This type of film can be applied for quality or demonstration of products. Quality shrink wrap is often found on foods and items that need to be preserved, while the use of film for display can provide pleasing appearance and tamper resistance for items such as CDs, DVDs, stationery, games and computer software. These films are also used to display certain frozen foods, such as pizza.
Over the years, the variety of shrink wrap films and their uses have expanded to include properties such as shrinkage, sealing ability, optics, toughness, and slip. Shrink wrap plastic is still a very reliant product on the market today, benefiting many different production, distribution and even construction sectors. 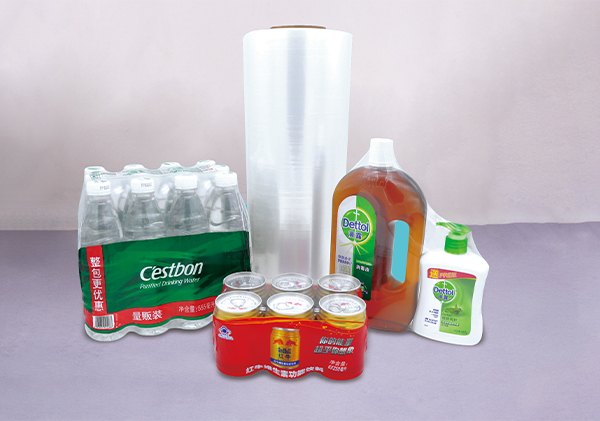